A Moral Person In Hell 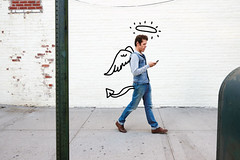 And then will I declare to them, ‘I never knew you; depart from me, you workers of lawlessness.’ Matthew 7: 23

“The time is fulfilled, and the kingdom of God is at hand; repent and believe in the gospel.” Mark 1;15

Jesus began to preach, saying, “Repent, for the kingdom of heaven is at hand.” Matthew 4; 17

Cursed is everyone who hangs on a tree”

Imagine if you were, a moral person who lived a respectable life and were highly respected by your peers. Despite all what he or she accomplished, he or she still end up in Hell if they do not believe in Christ intoning work Despite all the good they fulfilled and all good work. While all the good work they accomplishment they achieved for kingdom of God, and the community and church while be for nothing. In God eyes all their righteous deeds are as filthy rags; and we all do fade as a leaf; and our iniquities, like the wind, have taken us away. Scripture states ALL have sinned and for short of the glory of God.

While driving his colleague home. He was driving westward bound on King Street, and he drove by a police officer and went  through a red light Wentworth Street. When stop by the police officer he said he was new in the area and wasn’t aware of the red light.  The police officer ignoring his plea and requested his ownership and insurance and drivers license. He frantically looking papers, and could not locate them. The police officer sensing the person  was driving someone else’s car. Since he moved  in area the officer asked for Him if this was present address, he said no. The officer asks for him when moved present location he said two weeks. By law, he had changed his within five days. So far he four citations, driving through red light, driving with no ownership, and insurance, and not  changing his address,

He felt the pressure, and began to declare great thing he did within the community. The police officer was not impressed gave him a choice in which citation he should be cited for he choose cheapest one. However, he did not acknowledge before God or  police officer broke the law.

Imagine if this was the only four violation he every committed, Would  these violations would keep him from entering heaven gate? Would God be that petty? Would God not consider all the outstanding work he did for his community be his reward for entering  heaven gates? The answer is simply no in God eyes all our righteousness are as filthy rags in His sight, Christ atoning work covers all sins not some, As scripture declared, “Jesus Himself is the propitiation for our sins, and not only for ours, but also for those of the whole world. The scripture also declares, “ For no one will be justified in His sight by the works of the law, because the knowledge of sin comes through the law.

On the day, that he died and his friends and colleagues mourn over his loss and speak highly of him and all the outstanding work he did for the community. However, in heaven a different account would be told than his friends. While he would try to impress Jesus about all the great work , he did in his name.  Jesus would display the incident that occurred on King Street. Jesus citing Romans 13; 1-6 and 1 Peter 2:13-17

He would be shocked what he saw and did to the police officer; nevertheless, he still

maintains that all the good things every did he did he did in Jesus name yet would not acknowledge committed any  sins. Jesus  uttered these words moral person, Depart from me  for I do not know you and he went to hell. Despite the good he did in community and in Jesus name.

A young girl  was playing in front of a window of her grandparent’s home, and she put her hand too close to a  cactus with thorns on it.  Sensing the danger the mother  took the child out of harm way and put her down, But, the child went   back the same spot again, The  mother picked her again, and took her out harm way. However, she went back again and the mother took her out of harm’s once more; They repeated this several more times. Un known to her she violated  God’s ordinance Children obey parents everything found in   Ephesians 6;1. Colossians 3; 20, and Exodus 20; 12 .

Even thou she lives a moral life, and well like by her piers was head cheerleader, and was president school board, and improve relationship  between parents, teachers, and students, and also taught Sunday school class. However, she stubbornly refuses to admit the sins she committed, and felt her good deeds out weight several mischievous behaviors throughout life

While driving home she struck by another car, and  died instantly,  Her grandparents, parents, brother, sisters, and classmate mourned over her loss and spoke while of her in all excellence great achievement she done in the  school, community, and  Sunday schoolwork, and  they were proud of her accomplishments and would be a pillar in her community if she lived.

Yet heaven there had another story. While she tried to impress Jesus in all the work, she did His name, and brought up by  godly parents and grandparent and was she obeyed them wishes. Plus her, faithfully attended church and Sunday school class. However, she failed to mention all the wrong she committed to Jesus while on earth. Jesus  played a video of her life and saw the incident when she was a little girl in  front of the grandparent’s window. She was stunned in what she saw in how disobedient she was! Nonetheless,  she stuck to her story that she brought up godly home, and lived moral life yet Jesus uttered these words depart from for  I do not know you and she went the other way.

Two young boys were playing  at the side of a house at their grandmother’s home, and a neighbor boy was annoying them. While the two boys utter threats to him, he laughed at them. One of the boys  said your mother in the front, and he looked, he grabbed his arm and the other boy spit in his face. Even all three wrong in handling situation  remember two wrong do not make it right, According to Scriptures they violated God’s moral Law found in,  Roman 9; 12, Psalm 45; 7 and 1 Timothy 1; 5  this sin alone keep them separated from God.

The two boys were brought in Christian home and were taught the gospel,  but both  rejected and rebel against  the gospel.  One the boys for brief time lives a life excessive drinking, loose women, going to strip bars, and massage parlours, and gambling.

After scary incident he saw the folly of his life style, and abandoned it. Returning to a moral life got married and went back to church. He was a pillar of community; he gave a tenth Of his earnings to the church and to the poor. He served on the elders board many years and many other boards as well, comfort the afflicted and give them godly recommendation. The church benefit from wisdom and insight and he would encourage them practice a moral. Occasionally using word like Christ and faith.  Nonetheless, he did not repent nor acknowledge to Christ his rebellious ways and sinful life style. Although he would smile when someone would present the gospel while attending church, and still would  not repent sins nor acknowledge before Christ.

He died, and at His memorial his friends and colleagues spoke  highly of him for all the good work he did in the community and church and will be sorely missed by all. One friend briefly mention rebellious life styles commend him highly abandoning it and pursuing moral live.

However, heaven has a different tale to tell.  When he was in Christ present  he bragging about how he abandoned  his immoral lifestyle and was  pillar in here his community, and the church served and enlarged program to improve the church and the community, and felt he felt earn place in heaven. Jesus displayed the incident of his youth, and he was shocked in what he saw his brother and were mean to the next door neighbor. Nonetheless he maintained he still did many good while living on earth and did it in Jesus’s name He echoed these words  depart from me for I do not know you. And did not enter heaven gates.

The incident and his grandmother house would have been enough for him to separated from God never mind the rebellious life style he led, although he abandoned it; nevertheless, he did not repent nor acknowledge his sins before Christ.

Jesus declares in these words, “Anyone who doesn’t enter the sheep pen by the door but climbs in some other way, is a thief, and a robber. Furthermore, He uttered these words in parable ,” Friend, how did you get in here without wedding clothes? And  the king told the attendants, ‘Tie him up hand and foot, and throw him into the outer darkness, where there will be weeping and gnashing of teeth.’John 10; 1   and Matthew 22; 11- 15

It’s not the big sin or the little sin that separate us from God its all are sin than keep us from God; for example, Adam and Eve ate a fruit that God instructed them not to eat from. They ate the fruit and that what from separate them from God. They disobeyed God instruction, since God is holy and hates sin. That’s what separates them from God. To bridge this gap, He had to slay an innocent animal to atone for their sins. The first covenant between man and God was established. Four thousand  years later another covenant was fulfilled  someone named Jesus hung on a tree and which He committed no sins and was declared innocent  by the authorities of that day. According to scriptures, anyone who hung from a  tree is cursed, Cursed is everyone who hangs on a tree.”  Although Jesus committed no sin; however, He took our curse when died on the cross, and those who believe and in him will inherit His righteousness and will  be a tone for theirs  sins, and declared righteous before God. And will be adopted into God’s family and have eternal life with Him. Remember  even our righteous acts is as s filthy rags in God sight.

The moral of the story is not our works or righteousness in which we will be declared righteous inherit eternal life in God’s Kingdom  it’s the atoning work of Jesus Christ Is the only way we’re going to enter heaven  gates. We need to change our sinful  clothes into Christ clothes.

21 the best of what was devoted to God, in order to sacrifice them to the Lord your God at Gilgal.” 22 But Samuel replied: Does the Lord delight in burnt offerings and sacrifices  as much as in obeying the Lord? To obey is better than sacrifice, and heed is better than the fat of rams. 23 For rebellion is like the sin of divination, and arrogance like the evil of idolatry Because you have rejected the word of the Lord, he has rejected you as king.”

For You do not delight in sacrifice, otherwise I would give it;
You are not pleased with burnt offering. 17 The sacrifices of God are a broken spirit; A broken and a contrite heart.