Remember the Garden Of Eden was the ideal setting, was very good pleasing to the eye, and men and women were constant fellowship with God. God will restore or recreate the heaven and earth and restore Edenic, and sin will be no more. In Gils   Exposition states, “in the days of the Messiah of Israel, peace shall be multiplied in the earth.’’ The wild and tame creatures shall agree together, and the former shall become the latter; which is not to be understood literally of the savage creatures, as if they should lose their nature, and be restored, as it is said, to their paradisiacal estate, which is supposed to be the time of the restitution of all things; but figuratively of men, comparable to wild creatures who through the power of divine grace, accompanying the word preached, shall become tame, mild, meek, and humble; such who have been as ravenous wolves, have worried Christ’s sheep, made havoc of them, breathing out slaughter and threatenings against them, as did Saul, through converting grace, become as gentle and harmless as lambs, and take up their residence in Christ’s fold, and dwell with, yea, some of them even feed, Christ’s lambs and sheep, as the above mentioned person.”

The leopard shall lie down with the kid; such who are like the leopard, for the fierceness of his nature, and the variety of his spots; who can no more change their hearts and their actions, than that creature can change its nature and its spots; are so wrought upon by the power of divine grace, as to drop their rage against the saints, alter their course of life, and attend on the word and ordinances, lie down beside the shepherds’ tents, where the church feeds her kids, or young converts: and the calf and the young lion and the fatling together; either dwell and feed together, or lie down together, or walk together, since it follows: and a little child shall lead them; become through the grace of God so tractable, that they shall be led, guided, and governed by the ministers of the Gospel, Christ’s babes and sucklings, to whom he reveals the great things of his Gospel, and out of whose mouths he ordains praise.  Cease, or that things would be renewed as at the creation, and the future state when all things will be restored to their original state before man fell.”

Down through ages men  always dream, believe, and wrote about Utopia state a place to escape from wicked world. Some believe this was just a pipe dream to escape a horrifying world that we live in, however, the good news there is such a place will exist, and whoever believes in Jesus Christ will reside, and experience this paradise forever as scriptures states,“ He has also put eternity in their hearts.” This our hope, and  that we strive for, and labour for because our salvation is already secure, and the ticket is already punched into heaven, because what Jesus did on Calvary cross. All we’ve to do is simply believe in Jesus Christ, and He will forgive us our sins, and He will declare us righteous before His Father, and you will inherit eternal life among the saints,

When Jesus spoke with his disciples when he about to depart from this earth. He ensured them that where He was going that would be many mansions. These rooms will be filled with all the saints who believed in Jesus believed in his atoning work. Justification By Faith not only restoring our relationship and fellowship with God, its restoring creation as well, and its costs nothing,

Lastly, as Christian what is our responsibilities, but to  declare the gospel! Some will be bold will others are less bold, yet others pray for lost souls, Some speak from theirs hearts, While others ponder their words before speaking, while other address the gospel in public arena, while others do it one on one or in a small group. All these roads are different and difficult, and it takes commitment from each individual to labor in God’s Kingdom, as written in scriptures, “ According to the grace of God that was given to me, like a wise master builder I laid a foundation, and another is building on it. But, each man must be careful how he builds on it.  For no man can lay a foundation other than the one that is laid, which is Jesus Christ.”

The road lest travel has a few bump on it.  Despite all evil that exist in this world such as immorality evil, natural catastrophe, such as earthquakes, level buildings tornados, destroying properties, hurricanes ravaging the East coast, tsunami wiping out a quarter million people, forest fires that level acres and acres of trees, or demons that inhabit human being causing unending anguish on  men and a woman lives, and feels hell itself descended upon earth. Despite all this God is still in charge all things, and knows what best for us. Our real home is in heaven among the saints, and we are only passing through world.

John Calvin penned these words “Let. The pastors boldly dare all things by the written Word of God by which they are constituted administrators.  Let them constrain all the power, glory, and excellence of the world to give place to and to obey the divine majesty of this Word. Let them enjoin everyone by it, from the highest to the lowest.  Let them edify the body of Christ.  Let them devastate Satan’s reign.  Let them pasture the sheep.  Let them kill the wolves, instruct and exhort the rebellious.  Let them bind and loose, let them thunder, let them lightning, but let them do all things according to the Word of God.  (Applause)  If we shall see a new Reformation in this day, if we will see this resurgence of reformed truth that has now begun in these last decades, continue to expand its borders and push out its fences into greater influence in the church and in the world, we must be exclusively committed to the written Word of God.  (Applause)   Amen.

There will be day Jesus will remove His Savour clothes and will be a judge or a warrior. There will be two types of people those who believe in Jesus inherit everlasting life in glory, and those who do not believe will forever toss into the lake of fire living in excruciating agony.

My prayer that those who do not believe will accept the message of cross, and repent and seek forgiveness today! On this side of glory. After they die, it will be too late !

For now I am graceful that he is still a savour not the judge. 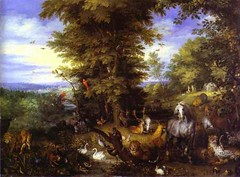